A component that allows your hardware prototype to communicate with ProtoPie Connect. It behaves similarly to the SignalTower.
npm Package

Our ProtoPie integration enables you to control your ProtoPie prototype with your blokdots prototype and in the other direction as well!

How the ProtoPie connection works​

In order to let blokdots talk to ProtoPie we’re making use of the messaging feature built into ProtoPie via the Send / Receive triggers. It’s a nifty feature that lets different prototypes talk to each other. With the help of ProtoPie Connect we can tap into the messaging system and exchange messages between blokdots and ProtoPie.

If you want to play around a little more with it, take a look at the ProtoPie Connect component in blokdots. The orange message field in blokdots corresponds to the Message field in the Send/Receive trigger in ProtoPie.

For the return route – sending messages from ProtoPie to blokdots – you can use messages to trigger behavior on the If…then cards or if you want to use a value from ProtoPie to fade an LED in and out, you can use a Map…onto card to map the incoming value to the hardware component in blokdots.

Create your own interactions​

You can experiment with what’s possible by creating your own messages to be send and received. Best to keep the messages short, i.e. “ToggleLED” is better than “Toggle the LED light on or off”.

If your ProtoPie Connect server should not be at the default location, e.g., it is not running on your computer but on someone else's, then you can simply change the address in the field filled with http://localhost:9981. Usually, this address should work with your setup.

Above the text field and if expanded, you can see the last communication between ProtoPie and blokdots. It behaves similarly to the connection between Signal Tower components. 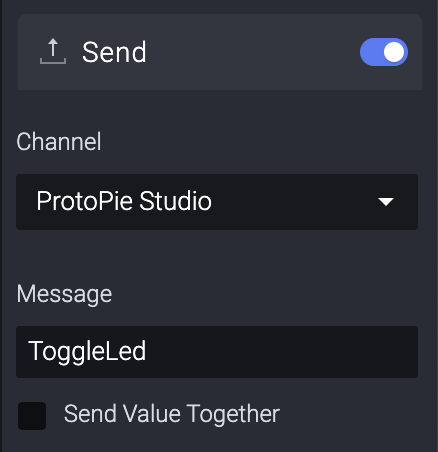 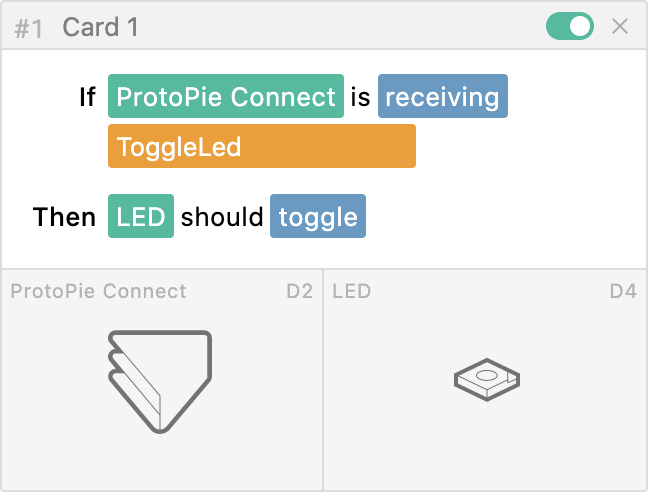 To use the message value as a string, you can access it via {{value}} in a text input field, e.g. when you want to send a message from ProtoPie to an LCD module, it would look like this ↑. 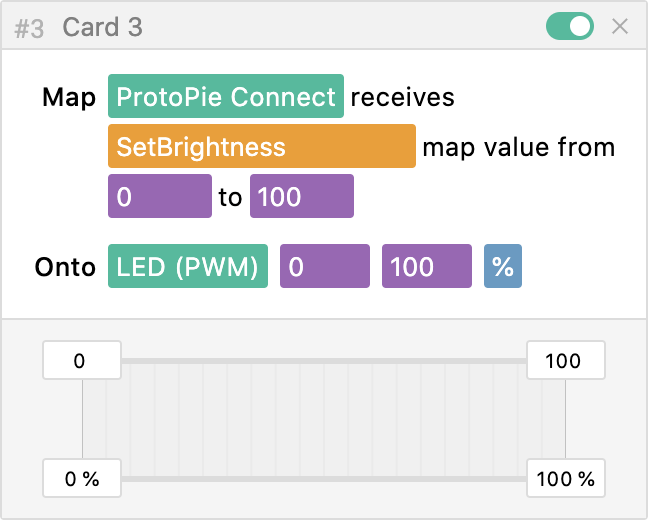 To use numerical values sent with messages, use a Mapping Card to set, e.g., the brightness of an LED or the movement angle of a servo motor. 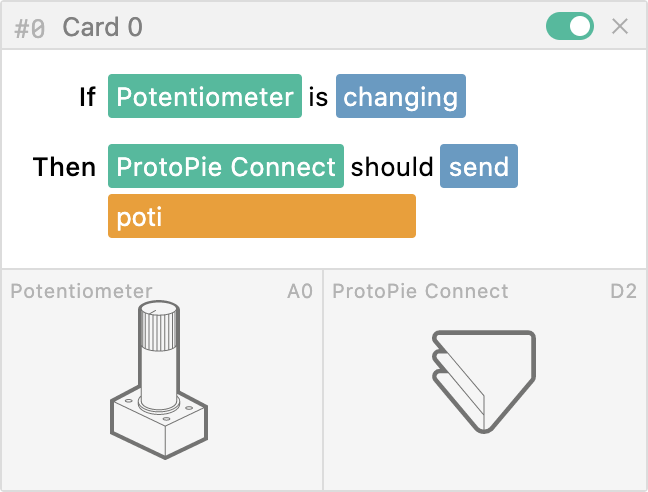 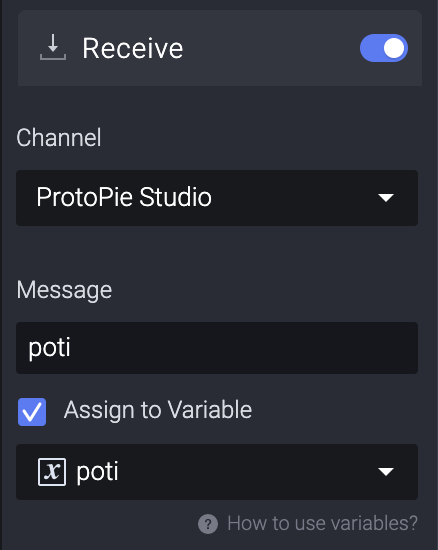